The world’s most expensive casino properties 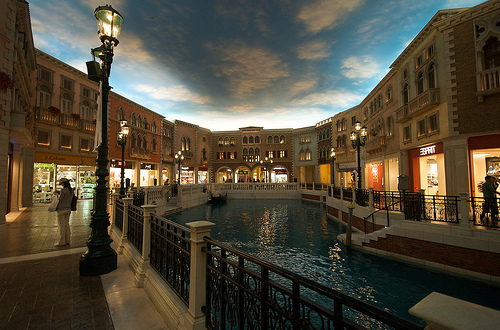 Today, with so many people playing casino games online, you’d think that the number of land-based casinos might be in decline. However, it doesn’t seem to be the case, with new casinos being opened all over the world. It may be because so many more people than ever before start out playing online and then want to play in a land-based casino after they’ve cut their gaming teeth online.

People who find the games at ca.32red.com can practice to their hearts’ content online as you can switch to playing in practice play mode (ie. not for real money) whenever you want. It’s a great way to learn how a game works without wasting any of your real money on badly placed bets. Of course, you can always go back to real money mode at any time.

Below we look at some of the world’s most expensive casino properties. Of course, when you’ve had the experience of gaming in a real casino, you can go back to gaming online at a site like 32red whenever you want. For most players, it’s by far the most convenient way to play.

Belonging to the Las Vegas Sands Corporation, the Venetian, Macau, is worth around $2.4 billion and is the largest casino on the planet. The gaming area is divided into four zones and set on a circular base. The zones are Golden Fish, Imperial House, Red Dragon and Phoenix. In the 550,000 sq foot of gaming area, you’ll find over 3,000 slot machines and more than 800 gaming tables. The theme is of course, Italian city Venice, and there are even replica palazzi and canals there.

At an estimated value of $2.7 billion, the Wynn is the flagship of Steve Wynn’s properties. It was the only casino in Las Vegas to have a Ferrari and Maserati dealership alongside all the usual casino attractions when it first opened in 2005. As well as 110,000 sq ft of gaming space, there is also a 223,000 sq ft convention centre.

The third most expensive casino property has not been fully opened, yet since it was up and running in 2010, more than 30 million visitors have passed through its doors. Resorts World, Sentosa, is valued at $5.7 billion. When it’s completed, the resort will stretch over 120 hectares of land and as well as two casinos, there will also be a Universal Studios theme park and the world’s largest oceanarium.

Although the second most expensive casino property was due to be opened in 1009, because of the worldwide recession, it wasn’t opened until 2011. It belongs to the Las Vegas Sands Corporation and has the largest atrium casino in the world. There are over 2,500 slots and 500 gaming tables. SkyPark on the 57th floor can hold 4,000 people and has an infinity pool with stunning views across Singapore.

The $9 billion City Center is currently the world’s most expensive casino property and belongs to MGM resorts. It’s connected to the Bellagio by a people mover system. Inside, there are 12,000 employees, a gaming space of 150,000 sq ft, 4,800 hotel rooms and 2,400 condo units.